There are two sections of the Birmingham Canal Navigations, commonly known as the "BCN", in Staffordshire. The Cannock Extension runs for 1.8 miles from Pelsall Common Bridge north to the A5 - Watling Street. It was built in 1860 to link the Wyrley and Essington Canal to Brownhills Colliery. Once upon a time it also connected to the Staffs and Worcs but the section north of Watling St was closed in 1963 due to subsidence. The Anglesey Branch also has a mile in Staffordshire from the Anglesey Wharf Bridge just under the M6 Toll to the Anglesey Basin. Originally a feeder from Chasewater, it also carried coal from the Cannock mines.

Historically, the Birmingham & Fazeley Canal is also part of the BCN although is often considered separately. 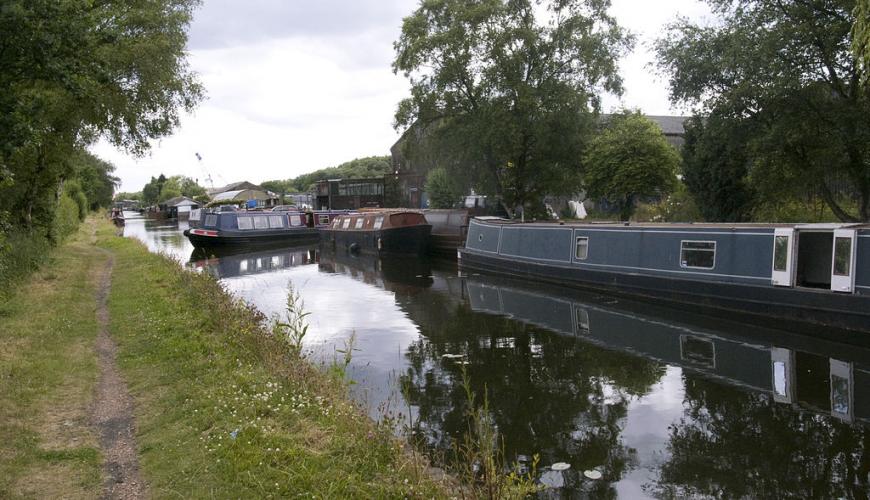 Boatyard on the Cannock Extension. Photo by Oosoom via Wikimedia Commons CC BY-SA