Vision: To reinstate the historic Lichfield Canal and Hatherton Canal for the benefit of the community. The natural wildlife corridor from Huddlesford to Hatherton will provide a valuable amenity for walkers, cyclists, boaters and visitors to use and will bring prosperity to the area. This project will also provide an opportunity for young people to learn about our history, our heritage and our environment. The full route is to be restored, linking the Staffordshire canals to the northern Birmingham Canal Navigations [BCN] thus creating several new rural and urban canal rings which will attract thousands of boaters from all over the country.

In 1794, George III gave assent to an Act that authorised the continuation of the Wyrley & Essington Canal, then completed from Wolverhampton to Great Wyrley, along the Ogley Locks Section over a seven mile route past Lichfield which was opened to boat traffic in 1797. This was a remarkable achievement without modern machinery, incorporating 30 locks to descend 247feet to connect with the newly opened Coventry Canal. For 150 years, the canal principally exported coal from the Cannock Chase collieries to more distant industrial areas. As elsewhere, faster transport by rail and road saw the gradual decline of canal traffic through two World Wars leading to a Government nationalisation programme in 1948, eventually resulting in an Act of Abandonment in 1954 when the “rights to navigation were extinguished”. Parts were sold off whilst others were simply left to gradual dereliction, finally being drained and largely infilled in the late 1960s as wasted assets.

John Littleton, the First Lord Hatherton as major landowner, political force and local benefactor was Chairman of the Staffordshire and Worcestershire Canal Company which by 1841 saw completion of its Hatherton Branch over 4.5 miles to Churchbridge by Cannock to serve the local collieries. This tortuous route to industrial areas led to the creation of the Cannock Extension Canal by 1862, strategically positioned at the summit level of the BCN with a flight of thirteen locks connecting it with the Hatherton Branch but that was legally closed in 1955. However, the upper ‘Wolverhampton level’ provided the extensive lock-free mileage to the “Black Country” with only a drop of 20feet to the Birmingham canal level thus bringing a profitable coal trade that lasted till the northern section was finally closed in 1962 due to severe subsidence problems.

In 1988, the local branch of the Inland Waterways Association saw the threat posed by the then Birmingham Northern Relief Road (now M6 Toll) which could have obliterated both canals by failing to include navigable crossings due to their legal status. The Lichfield and Hatherton Canals Restoration Trust was formed to establish a credible defence against the Government’s proposals but were left to negotiate an acceptable solution and adequate funding with the motorway contractors, which over several years was achieved against all odds through gaining extensive national sympathy and support.

The Trust commenced work in 1990 to demonstrate that the two canals were restorable, growing in stature over the years to become a determined force on a national scale that could turn the tide of easy historic disregard to engage new generations in a vision to supplement the wonderful gift of 2,000 miles of heritage waterways across the country. Additionally, more modern thinking embraces the true importance of reversing trends in diminishing wildlife by nurturing the massive impact on biodiversity available from developing protected habitats as lowland heathland and wetlands. Also, the national “health agenda” is coming to the fore where people can take exercise on safe off-road pathways in peaceful natural surroundings offered by our canals. Restoration is well on the way, particularly on the Lichfield Canal with a section back in water and its Heritage Towpath Trail gaining in reach and popularity. Social trends in planning and land ownership are proving to be very supportive of the highly professional volunteer team steering the Trust to achieve its vision as a major feature of Staffordshire life.

The Trust is currently campaigning to raise £1,000,000 towards the cost of building a tunnel under the Lichfield to Birmingham (Cross-city) railway line. Find out more about the Tunnel Vision appeal on their website. 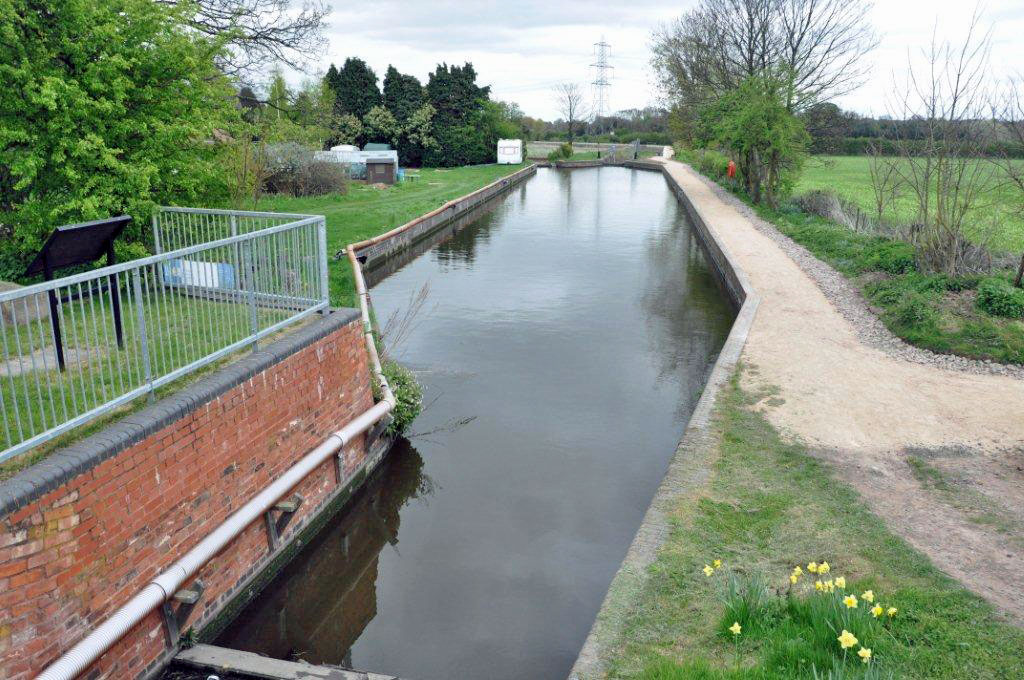